WHAT DOES DIGITization OF ONLINE BUSINESS MEAN?

Digital transformation has taken place thanks to the development and specialized digital tools. Especially through the automation of activities and ongoing monitoring, which have a positive impact on all aspects of the company's business. Changes are made in production techniques, in methods of preparing and implementing company strategies and customer service. Process automation has started to play an increasingly important role. 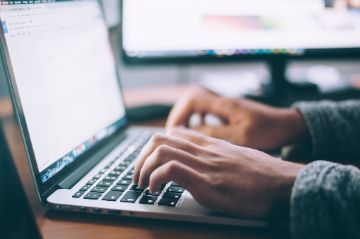 COMMUNICATION BETWEEN DEPARTMENTS IS NOT LIMITED TO DIRECT MEETINGS

Communication tools have been expanded and supplemented with chat rooms, slack and skype messengers, that have created virtual space. In the network space that the interaction occurs spontaneously, in real-time. Therefore, employees can communicate much faster, remaining at a considerable distance from each other. Digitization is moving towards asynchronous communication. For example, each of the employees working on the project can access and edit the editable document in real-time. Even several times. 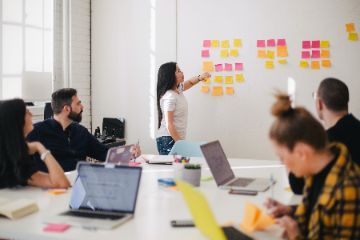 SIMPLIFICATION OF THE PROJECT MANAGEMENT PROCESS

We currently have a period of the independent, self-organizing team that is working together on prepared projects. Traditional managers have been replaced by coordinators (scrum master), who observe the introduced changes and express their acceptance. He is entrusted with tasks that are consistent with his competences and which he can coordinate even from a distance. 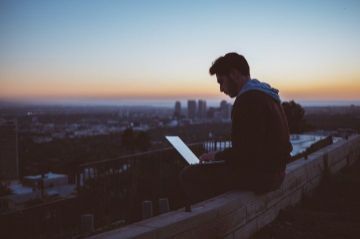 Work which is related to project preparation has been decentralized. Digitization has given companies a wide range of possibilities. It provided digital tools, among which video conferencing or cloud platforms are extremely popular. Interestingly, digitization has also changed the functioning of companies that are divided into several companies and use distributed strategy solutions. Therefore, employees of various companies are engaged in working on individual projects, which increases their creativity and emphasizes task-orientedness. So distances, time zone or company size don't matter. The professional equipment provides significant changes - on the way to getting the best results. The project management process took the form of assigning tasks, controlling them and evaluating the obtained results. 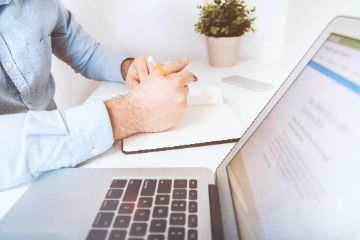 THE WORK OF THE managers IS FOCUSED ON ACHIEVING RESULTS

The automation of activities, which was previously performed by a group of several people, allowed for the introduction of the division of responsibilities. High performance, much faster speed and repeatability of activities are the advantages of digital transformation. Managers don't longer have to constantly observe team efforts. Thanks to the use of monitoring or project management, which is based on agile methodologies and determining the optimal coefficients. Most importantly, digitization pushed them away from tedious process work, which was replaced by automation and robotization. At the same time, it allowed them to focus more on achieving their goals. 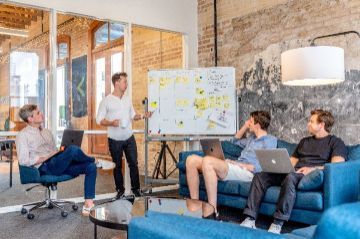 NUMERICAL FORECASTS DECIDE MORE AND MORE ON THE RESULTS OF PROJECTS

Before any decisions are taken, potential profit analyzes and the risk of possible delays are carried out. Teamwork is controlled and summarized quantitatively. Based on previously prepared numerical guidelines. The analyzes are also useful for employees (so not only the profits are generated by the management). Project coordinators use artificial intelligence solutions. They focus on key phrases, performance indicators, and system suggested actions. So they can observe changes, make corrections and carry out tasks by the project.

At the same time, artificial intelligence and business intelligence are integrated with the software. Project managers can, therefore, use data in a new and creative way. Earlies they have always focused on key performance indicators. But digital transformation has significantly increased the reliance on project management figures.

Do you have any questions?  Do you need more information?
Go to the contact form and send us a message.
We will answer as soon as possible.